Sex Worker Groups Across America Came Together To Commemorate the International Day to End Violence Against Sex Workers on December 17th Only to be Victims of Online Sexual Violence. link 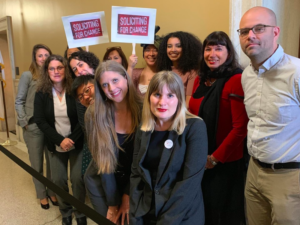 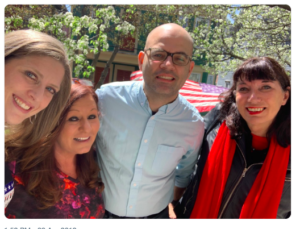 Over 200 jobs lost as Providence Board of Licenses votes to close Foxy Lady- December 19th, 2018 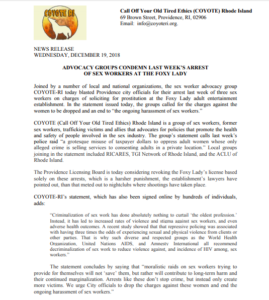 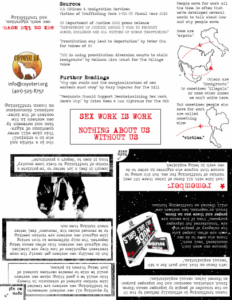 How Abolition gets Trafficked 2018

Investigating Drug Stigma and the Fake Hysteria Created by Prisons so they can Increase their Profits. Sept 16th, 2018

WHAT TO DO AT AN ICE CHECKPOINT: ESPECIALLY IF YOU’RE A WHITE CITIZEN– July 3rd, 2018

Watch Out Congress, US Sex Workers are Coming for Their Rights--June 29th, 2018

Sex Trafficking and the Sex Industry in the United States– May 28th, 2018

The US Fails to Protect Undocumented Kids from Exploitation-May 27th, 2018

“Take Back the Neighborhood: Rally Against Criminalization” May 19th, 2018

After FOSTA- Many of the Systems and Institutes that are Supposed to Protect us are Sent to Erase us–  April 7th, 2018

What Everyone Can Learn from Sex Workers About How to Screen DatesMarch 3rd,  2018

In Support of NH HB 287- AN ACT Establishing a Committee to Study Issues Related to Changing Prostitution Laws in New Hampshire. Feb 2st, 2018

Sex Trafficking Inside the Trump Campaign- This is not Fake News -Feb 15th, 2018

They Don’t Want to Include Women Like Me.’ Sex Workers Say They’re Being Left Out of the #MeToo Movement -Feb 13th, 2018

ALL I WANT FOR CHRISTMAS

Violence against sex workers a result of criminalization- December 18, 2016

International Day To End Violence Against Sex Workers event in Providence, Rhode Island was a huge success despite the heavy snow and horrible weather.

February 18th- 21st 2016, Join Bella Robinson, executive director of CoyoteRI (Call Off Your Old Tired Ethics), at Liberty Forum for a discussion of decriminalizing prostitution to support the rights of sex workers and as a way to reduce harm to women engaged in sex work.

To combat underage prostitution we need facts, not myth By Bella Robinson on March 8th, 2016

The effects of Polaris Project in Rhode Island by Bella Robinson

Policing Identity: Intersections of Race, Gender, and Sexuality in the PIC (A Recap of Tweets) APRIL 27, 2015 by CHERISE MORRIS