RHODE ISLAND AT A GLANCE

Prostitution and Prostitution Related Charges in Rhode Island 2000 – Present  (THE REPORT IS BEING UPDATED AS MORE CHARGING DOCUMENTS COME IN. 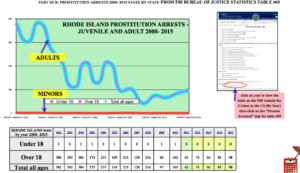 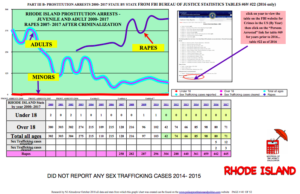 “We Don’t Need Your Pity, We Need Our Rights:” Understanding the Experiences of Sex Workers within the HIV Continuum of Care in the United States 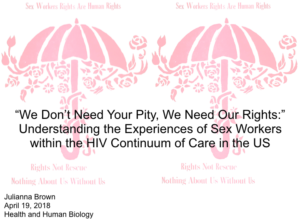 Major props to Emily Schell,  another Brown University student that we had the pleasure of collaborating with this semester.- May 2016  https://decriminalizenow.wordpress.com

Policing Identity: Intersections of Race, Gender, and Sexuality in the PIC (A Recap in Tweets) APRIL 27, 2015 by CHERISE MORRIS

‘Happy Endings?’ is a documentary that explores the Asian Massage Parlor industry in Providence, RI. Follow ‘Heather’ a Korean immigrant, who opens a spa in August 2005, in a state where a loophole in the law does not make the exchange of sex for money a crime, as long as it happens “behind closed doors”.

HOW ABOLITION GETS TRAFFICKED