Sex Workers Oppose HR 1865.  This horrible bill will censor the internet and remove our right to free speech.
In 2016 there were only 1007 sex trafficking cases, and only 595 of them were confirmed and cleared,  so in reality, there were only 595 sex trafficking cases for the entire country in 2016.
This is an irrational response and does nothing to provide services to people involved in the sex industry. It seems their goal is to kick sex workers off the internet and force them back into the streets.
This will increase violence towards sex workers and increase sex trafficking. When people involved in the sex industry cant come forward to report abuse and exploitation we have created the perfect playground for bad cops and predators to continue abusing sex workers with impunity.
Congress is purposely conflating escort ads with sex trafficking ads and yet they could only find 595 victims in the entire country for 2016. The FBI numbers clearly show that there is no sex trafficking epidemic in the US and Congress has no regard for the health and safety of sex workers. 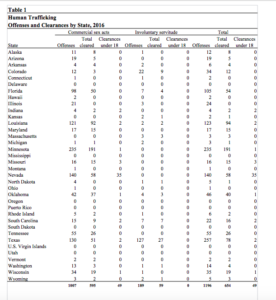 As long as the government sticks to this false narrative that tons of evil men with dark skin are forcing young white women into prostitution, they don’t have to address economic inequality, lack of affordable housing, lack of jobs that pay a living wage or Rhode Islands 320 unlicensed foster homes.  Yet they don’t seem to care if sex workers can pay their rent and feed their kids.
All the evidence-based research shows that decriminalization could reduce trafficking, reduce violence and improve the relationship between the police and sex workers.
So why is the government spending hundreds of millions a year promoting this false narrative under the guise of “creating awareness about sex trafficking”
The war on sex worker is the new war on drugs! 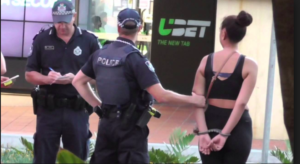