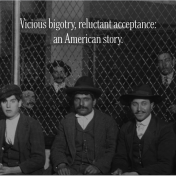 COYOTE STANDS IN SOLIDARY WITH INDIGENOUS PEOPLE On this day of collective national attention, we honor and uplift the voices, the fighting spirit, and the resilience of Indigenous peoples across the Americas. COYOTE  sees First Nations people as a leading authority on the cultural shift desperately needed in the United States and around the world. Now more than ever, with… Read more »

Thank you to the Red Bandana Fund for making me one of the three recipients of this year’s award. I am so honored and so humbled. Congrats to Steve Ahlquist and Camilo Viveiros Steve Ahlquist.- below Camilo Viveiros- below The event was a blast. I met a lot of great people to network with. What a wonderful sense of… Read more »