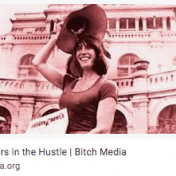 On April 11, 2018, the Stop Enabling Sex Traffickers Act (SESTA) and Fight Online Sex Trafficking Act (FOSTA) were signed into law. FOSTA/SESTA outlined new provisions to amend the Communications Decency Act; importantly, they note that websites can be prosecuted if they engage “in the promotion or facilitation of prostitution” or “facilitate traffickers in advertising the sale of unlawful sex… Read more »

Exploring the groundbreaking study.  Craigslist’s Effect on Violence Against Women “The ability for sex workers to move indoors and advertise online resulted in less violence/ rape/ female homicide rates and increased the number of workers who became independent sex workers. “  PAGE 14 “We can calculate the number of saved female lives using a back-of-the-envelope calculation. Using the year prior to… Read more »