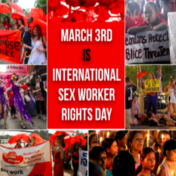 Crockor @CrockorUS to the Rescue. US President Donald Trump signed a combined bill into law known as FOSTA (Fight Online Sex Trafficking Act) SESTA (Stop Enabling Sex-Trafficking Act) in the hope of combating illegal sex trafficking online. The move means that what has been dubbed one of the most important pieces of internet legislation, Section 230 of the 1996 Communications Decency… Read more »