Coyote RI 2020 Policy Agenda This Policy Agenda promotes a rights-based approach, whereby consenting adults in the sex industry are neither perpetrators in need of punishment nor victims in need of rescue, but rather individuals with rights who are free to make their own choices about their bodies and sexual behavior guaranteed all human rights and civil liberties, including… Read more » 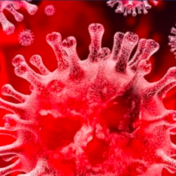 This was originally posted by SWOP on their Facebook page  Sex Workers are Advised as a Minimum to Take the Same Precautions as Health Workers Clinical advice is for sex workers to take the same precautions against COVID-19 infection as health care workers. Health care workers are situationally like sex workers as they are in close and continuous contact with… Read more »

Thank you to the Red Bandana Fund for making me one of the three recipients of this year’s award. I am so honored and so humbled. Congrats to Steve Ahlquist and Camilo Viveiros Steve Ahlquist.- below Camilo Viveiros- below The event was a blast. I met a lot of great people to network with. What a wonderful sense of… Read more »

IF YOU ARE STOPPED BY THE POLICE…KNOW YOUR RIGHTS… SE VOCÊ FOR PARADA PELA POLÍCIA… CONHEÇA OS SEUS DIREITOS… STAY CALM, No matter how agitated or hostile the police act, DON” T lose your temper. CONTINUE CALMA, não importa o quão agitada ou hostil a polícia aja. NÃO perca a paciência. ASK THE OFFICER, if you are “BEING ARRESTED OR… Read more »

Let’s unpack this headline Robert Kraft’s Prostitution Arrest Isn’t Just A Tabloid Scandal — Especially For The Women There is no evidence that the women were trafficked, or lured in with the promise of other jobs. Let’s not forget when the K girls were arrested in Seattle, the cops said these women just don’t understand that they are victims.  … Read more »