There is no evidence that the women were trafficked, or lured in with the promise of other jobs. Let’s not forget when the K girls were arrested in Seattle, the cops said these women just don’t understand that they are victims.
Reason.com reports that the cops said “Despite some reports referring to the spa workers as “girls,” police have not indicated that any employees were actually underage.
Massage parlor workers were also arrested as part of the operation to “help” them, but cops want you to know they wish they had found horrific abuse instead of just sex workers. “Even though we may have charges on some of them, we’d rather them be victims,” said Vero Beach Police Chief David Currey.”
Really the cops rather they are abused victims than consensual adult sex workers?
So far we have never encountered anyone that was promised other jobs or who wasn’t a consensual adult sex worker. of course, their undocumented status gives ICE, Homeland, and the FBI reason to target Asian spas so they can deport the women
It sounds like they wanted to distract the public from trafficking inside the Trump campaign and the sweet illegal deal FL prosecutors gave Jeffrey Epstein to cover up for Trump, Bill Clinton and other rich powerful white men who flew down to Epstein’s FL mansion to have sex with 13 and 14-year-old girls
The FBI has already been caught lying about these cases before, yet Americans just keep believing the government’s propaganda.
The Biggest Sex-Trafficking Bust in FBI History Was Totally Bogus. How two troubled teens and a cop with a cause got dozens of Somali immigrants on the hook for child sex trafficking.
UPDATE Democrats Call For Investigation Into Pro-Trump Former Owner Of Massage Parlors -March 18th, 2019

The Kraft Fl spa cases are unraveling fast. May 2st, 2019

Coyote RI has transcribed our “know your right cards” into Korean and Chinese and we do regular outreach to local spa’s using outreach workers that speak their language. Yet on March 30th, 2019, Pawtucket police raided 2 Asian spas. The youngest women who were arrested was 38 yrs old, and the other 12 women were all in their 50’s or 60’s. So not only have the police undermined Coyote outreach efforts, we are baffled as to why they think these types of the local spa’s will stop child sex trafficking. 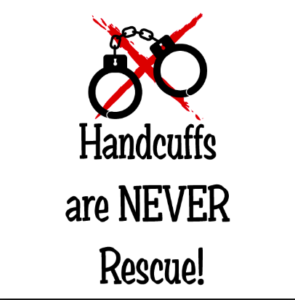