“Let him who is without sin among you be the first to throw a stone at her.” 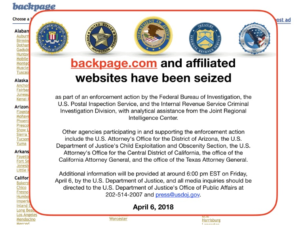 “Congress is Tying to Kill Sex Workers and Disconnect Them From their Community and Vital Support Services”  by Bella Robinson, executive director of Coyote RI (Call Off Your Old Tired Ethics) April 6th, 2018

FOSTA (Fight Online Sex Trafficking Act) is a war on poor women.  This hate crime is being sponsored by Congress on the taxpayer’s dime. Congress just showed their true colors and passing Fosta shows they don’t care about sex workers let alone victims of sex trafficking. 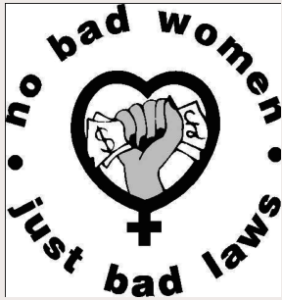 SWOP USA has a support-line.  I am one of the volunteers that help answer the support-line.  Since FOSTA ( Fight on Sex Trafficking Act)  passed,  the support line is receiving more calls than ever.  SWOP USA SUPPORT LINE 877-776-2004

I want our community to be mindful that the closures of our FREE SPEECH & SPACE online will affect the most marginalized and poor sex workers first. Many of them live in hotels and won’t be able to make rent within just a day or two.  Many of these women have children or are LGBT youth who cant access shelter or other services from the state.  Undocumented workers who are already being hunted by our government won’t be able to make rent or pay for food.

FOSTA will open a new breeding ground for predators and those who seek to exploit us. Many of them will be wearing police badges and others will try to pose as clients. Violence and exploitation will implode. Thousands upon thousands of sex workers and their families will be homeless, and workers will have no other option than to work the streets.

Domestic violence and rape will increase.  Children will lose their mothers and be separated from their siblings, and they will be dumped into the broken DCYF system which will open an even bigger foster home to prison pipeline. Disease will increase, more poor women will become pregnant because of the government’s war on women reproductive rights.

Meanwhile, you won’t hear CONGRESS even mention economic inequality, or lack of affordable housing in every city in America. Or lack of jobs that pay a living wage because minimum wage no longer even covers the cost of housing, even in the poorest of neighborhoods.  Nor, will they mention that most cites haven’t accepted housing applications in decades and while they have taxed us to death, they have just about gotten rid of all public services, by claiming they are entitlement programs?  Uncle Sam is the biggest pimp of all, and he wants to control women’s bodies.

The anti-trafficking scam has come full circle.  Congress has committed a hate crime against sex workers. They want sex workers to die.  There is no housing for poor people, there are very few mental health providers that are competent in serving people involved in the sex industry.  Our community-based research shows that service providers traumatized people in the sex industry, and try to shame people to death.

So we better start preparing for the collateral damage that has come in the wake of FOSTA.

At this time I would like to remind the public that Coyote RI does not teach anyone how to do sex work. We do not facilitate or promote anyone’s work,  nor do we ask sex workers for donations.  We are simply here advocating for the health and safety of people involved in the sex industry and provide our community with as much support as we can.

This website has popped up offering a $25,000 reward to each of the first 10 sex workers who come forward with proof that a Congressperson who voted in favor of SESTA is/was a client of theirs.  I am rallying for sex workers,  in hopes they can out enough legislators to force these hypocrites to resign.  Let’s Drain The SWAMP and demand that their replacements start spending our tax dollar on public services.

If you want to access some of these sites you will need to use a VPN (Very private network) browser like TOR. We will try to update this list as often as possible.