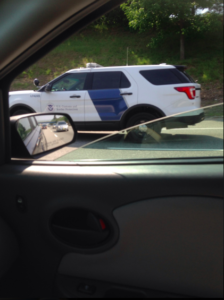 I wanted to show everyone,  an example of what REAL human trafficking looks like. Our current system is not set up to help or protect these victims, especially during Trump’s reign.
This tells the inside story of Guatemalan teens forced to work against their will on an egg farm in Ohio.

Many of the institutions created to protect us are now sent to erase us.
80% of trafficking takes place outside the sex industry, and the film starts with a young man saying that he had always thought trafficking was about sex slaves. If these kids on this farm make an official complain about their work and living conditions, ICE will show up on the farm and deport them.
Meanwhile, the trafficking NGO’s keep getting access to hundreds of millions of our tax dollars through grants to create hysteria about sex trafficking, while they downplay and ignore poverty. I have no doubt that a lot of these undocumented farm workers are sexually assaulted, however, the trafficking NGOs don’t seem concerned about that.

Tens of thousands of these kids are detained by border control and turned over to the dept of health and human services, which is the same agency that places kids in homes when their parents have died or gone to jail. This is what we call the foster home to prison pipeline.

The backstory on Katherine Chon the co-founder of Polaris Project who started the war on sex workers under the guise of rescuing children from sexual exploitation has gone on to be the head of health and human services at the federal level. She spent years testifying to Congress using fake stats like the average age of entry into prostitution was just 13  to solicit legislators for funding.  Yet when Coyote RI surveyed over 1500 US sex workers in 2017, the data revealed that the average age of entry into prostitution was 22.  In 2015 Polaris Project was funded at with a $7.3 million budget, and yet they do not provide any direct services to victims of trafficking.
Bella Robinson of Coyote RI confronts Katherine Chon at Brown University in 2015
Do you remember when the government was like “oh SESTA and FOSTA are because we hate trafficking so much” and yet they accidentally gave children they stole from their parents to traffickers?
Yet from 2011 to 2016 the US sent 18,000 law enforcement agents to run prostitution stings, rescuing only 652 minors from the sex industry, at a cost of 1/2 a billion and yet the radio has gone dead from the trafficking NGOs over these 1500 kids that were stolen from their parents and are now missing. 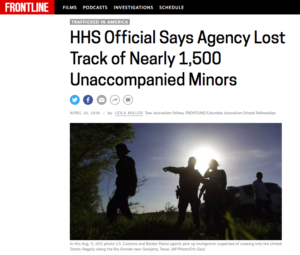 This video shows how ICE is stealing children, even infants from their parents. I wouldn’t be surprised if the US was purposely placing/selling these kids to farms. 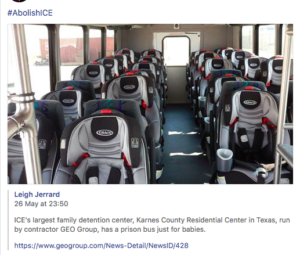 So the moral of the story is not to just believe the government-sponsored media reports about trafficking, as they usually don’t reflect the experiences of the people involved.  None of our trafficking laws or immigration laws help people, they simply allow the government to intervene and do more
damage. 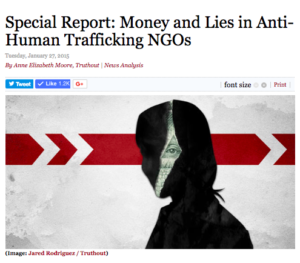 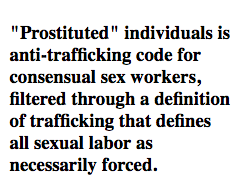 What about American children?

“The Department of Child Protective Services has become a protected empire. It’s built on taking children and separating families.”

Also, see “They thought they were going to rehab. They ended up in chicken plants” and learn about how the prison industrial complex has is exploiting Americans for free labor under the guise of diversions programs and rehabs.

If you are a victim of raids and rescue, please consider rating your experience at Rate That Rescue