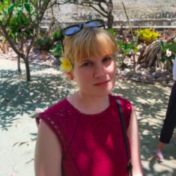 When You Are not the Right Kind of Victim. Thomia Hunter, a woman who was sentenced to life in prison for,  the 2005 killing of the abusive man who had trafficked her into prostitution, has reportedly been granted clemency by Ohio Governor John Kasich. Hunter will be released in June 2019. Hunter’s lawyer, Tiffany Smith, Hunter received the news on… Read more »

July 18, 2018 To the sex worker community, As an organization, we always say that systems and perpetrators of violence need to be held accountable. This is no different when we have enacted harm ourselves. Today, we’re writing this letter to take accountability. We have taken actions that have caused harm to sex workers, and it is important… Read more »

How a future Trump Cabinet member gave a serial sex abuser the deal of a lifetime Then– January 2018: Trump declares January ‘National Slavery and Human Trafficking Prevention Month’ Wait for it —- February 2018: Trump Campaign Co-Chair Sentenced to 20 Years for Trafficking Minors and Sexual Abuse Some of his criminal behavior occurred during the campaign. ByTom Boggioni / Raw Story February 12, 2018, … Read more »